Former U.S. President Bill Clinton took the stage at a cryptocurrency industry conference Monday to offer words of warning to lawmakers seeking to regulate what he characterized as a promising technology advance.

Onstage at Ripple’s Swell conference in San Francisco, Clinton was joined by Gene Sperling, a former White House advisor who sits on Ripple’s board of directors. Clinton – who served as U.S. president between 1993 and 2001 – was the top speaker at the event, which saw former Federal Reserve chair Ben Bernanke take the stage last year.

Indeed, the company has been pushing into establishment circles with particular enthusiasm in recent months. Just days ago, it was reported that Ripple and others had created the Securing America’s Internet of Value Coalition (SAIV), an advocacy group that will pay its DC lobbying firm partly in XRP.

During the question-and-answer session with Sperling, Clinton touched on a wide range of topics such as the cybersecurity challenges facing the U.S. government. He also discussed topics seemingly outside the bounds of a financial technology conference, including gun laws, foreign policy and his recently published novel.

Yet perhaps most relevant for the audience at Swell was Clinton’s remark about the “disparity of access” to new technologies like blockchain as they develop and grow, pointing to the emergence of e-commerce solutions in the late 1990s as a parallel.

“The more you develop new technologies like blockchain … AI technologies, robotic technologies … the more the disparity of access is going to be felt.”

He also acknowledged the sentiment that new technologies can be abused, hinting at the concerns that cryptocurrencies can be used by terrorists or other criminals to launder money. Referring to similar concerns over technologies like the Global Positioning System (GPS), Clinton noted that “there needs to be an intelligent effort to identify the downsides” and that “you can’t apply [an] old regulatory regime to a new technology.”

“You end up killing the goose that laid the golden egg,” he went on to add.

On the topic of blockchain itself, Clinton remarked that “this whole blockchain deal has the potential it does only because it is applicable across national borders, income groups.”

He went on to say:

“The permutations and possibilities are staggeringly great. But we could ruin it all by negative identity politics and economic and social policy.”

Image by David Floyd for CoinDesk 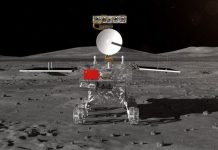