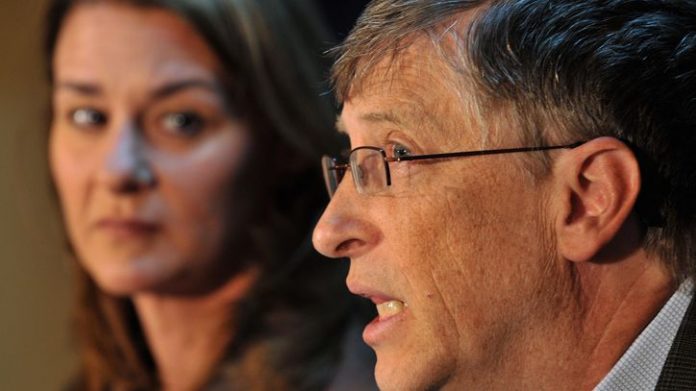 The major events of 2018 were, in the words of Bill and Melinda Gates, unexpected.

Citing the broad spectrum of events, from devastating natural disasters on one end to a record number of women campaigning for elected office on the other, the philanthropists said that last year felt like “a series of surprises.”

“The world looking backward from today is very different from what we pictured a couple of years ago looking forward,” the Microsoft co-founder and his wife said in their 2019 letter, which was released Tuesday.

Once the world’s richest person, the software entrepreneur-turned-philanthropist, along with his wife, established the Bill & Melinda Gates Foundation in 2000 to donate the bulk of their fortune to improving health care and reducing poverty around the world. They created the foundation, which has an endowment of more than $50 billion, after reading that hundreds of thousand of children in poor countries were dying of diarrhea.

The toilets of the future will save millions of lives.

The Gateses said the discovery of the diarrhea threat facing children surprised them, leading to outrage and then ultimately to action. This year’s letter highlights nine things that surprised them in 2018, some that worry them and some that inspire them. Here’s a sampling of those things that the Gates hope will prod us all in to action, “because,” he said, “that’s how the world gets better.”

Bill Gates pointed out that the rising popularity of at-home genetic testing kits led to the arrest of a suspect in the infamous Golden State Killer case, but he noted a discovery has emerged that could save millions of lives each year.

An examination of more than 40,000 samples voluntarily submitted by 23andMe users helped scientists identify a link between preterm labor and a gene that regulates how the body processes a mineral called selenium. The study found that expectant mothers carrying the gene were more likely to give birth prematurely.

“Researchers won’t know until later this year how exactly the mineral affects preterm birth risks,” Bill Gates wrote, noting that 15 million babies are born prematurely each year. “But if the link proves substantial, selenium could one day be a cheap and easy solution to help women extend their pregnancy to full term.”

The Gateses lament the lack of data on women and girls related to health and development. They say that an artificial divide separating out “women’s issues” hobbles improvement and progress. The problem, Melinda Gates explained, is compounded by the data that we do have — and that lawmakers rely on – being bad: “You might even call it sexist.” She pointed to data that focuses more on women being wives and mothers rather than wage earners because in many countries men are credited as the sole bread winner.

“We like to think of data being objective, but the answers we get are often shaped by the questions we ask,” she said. “When those questions are biased, the data is too.”

They also point out the power of a mobile phone in the hands of the world’s poorest women. Calling connectivity “a solution to marginalization,” the Gateses said that mobile phones can help the world’s most marginalized women build a new life.

“Women are not only using their mobile phones to access services and opportunities,” Melinda Gates wrote. “They’re using them to change social norms and challenge the power structures that perpetuate gender inequality.

The standalone textbook, which can’t analyze a student’s understanding of the course material, is becoming “a thing of the past” thanks to advances in software, wrote Bill Gates.  He describes an algebra lesson plan in which students read text online, watch a video demonstrating the concept and play a game to reinforce the lesson. A quiz then identifies areas of weakness for the student.

“All of this is a complement to what teachers do, not a replacement,” he said. “Your teacher gets a rich report showing what you read and watched, which problems you got right and wrong, and the areas where you need more help.”

This has been a topic of previous annual letters, but Bill Gates says the tools have now been embraced in thousands of US classrooms, all the way from kindergarten through high school. A free digital course the Gateses fund, called Big History, is used in 3,000 schools, giving students immediate feedback on their writing assignments.

AI in Healthcare: The future of medicine

The Gateses have, for the better part of eight years, championed the power of a redesigned toilet as having the potential to save 800 lives each day.  In an update on the Gates’ quest for a reinvented toilet. Bill Gates wrote that he saw several next-generation toilets at a toilet fair the foundation organized in Beijing last year. Many of the companies are business-ready and provide inventions that kill pathogens, don’t require sewer infrastructure and are scalable.

“They might not be the sexiest innovations in the world, but the toilets of the future will save millions of lives,” Bill Gates wrote.

Other concerns the Gateses address: the median age in Africa, which is largely unchanged while the rest of the world progresses; the connection between urban population growth and global warming; the relationship between the anger and frustrations experienced by young men and their mass incarceration and related poverty; and nationalism vs. globalism.

The Gateses say they’re still optimistic about the future because of the power of innovation, but also by the number of people devoting their ideas, their resources and even their lives to solving the challenges they’ve written about.

“When we’re feeling overwhelmed by negative headlines, we remind ourselves that none of us has the right to sit back and expect that the world is going to get better,” the Gateses wrote. “We have a responsibility to do everything we can to push it in that direction.”

Solving for XX: The tech industry seeks to overcome outdated ideas about “women in tech.”

CNET Magazine: Check out a sample of the stories in CNET’s newsstand edition.

Duolingo selected ‘I’m mentally exhausted’ as phrase of the 12 months, and we could not agree extra