It’s no secret filmmaker Jean-Marc Vallée has a talent for choosing the right sound tracks. Think about Simon & Garfunkel’s El Condor Pasa (If I Could) and Portishead’s Glory Box in Wild; the whole Led Zeppelin sound cameo in Sharp Objects; or music savant Chloe listening to Alabama Shakes and PJ Harvey in the first season of Big Little Lies. Vallée’s productions make me want to shazam every single theme song on their soundtracks.

Even though he’s not directing the second season of BLL, he’s acting as an executive producer and, according to HBO, is the primary person responsible for making the majority of music choices from this and the previous season.

Here’s the list of all the tracks played so far this season 2. We’ll update this article after each new Big Little Lies episode.

And yes, the opening credits of the show are still set this season to the sultry notes of Michael Kiwanuka’s Cold Little Heart.

Colman Ma - September 29, 2018
0
Betting Platform Sportsbet.io Launches Soccer Center, as New Season Commences This is a paid-for submitted press release. CCN does not endorse, nor is responsible for any... 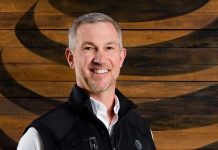