Fitbit has long been the king of fitness trackers with bands like the Inspire HR, but there’s no shortage of wearables looking to take the crown, such as the Samsung Galaxy Fit and Garmin Vivosmart. They can track your steps, monitor heart rate and keep an eye on your fitness, plus have smart features like getting notifications from your phone. All these fitness trackers cost between $80 and $100, but Xiaomi’s new Mi Band 4 is significantly cheaper — it’s around $35 in the US from Amazon or Walmart — and shares many similar features. So which is the best budget fitness tracker?

To find out if the cheaper Mi Band 4 can keep up with its higher-end rivals, I wore it alongside the Fitbit Inspire HR for two weeks. Find the full review in the video above and read on for the abridged version.

Where the Fitbit really shines is exercise tracking. There are 15 activity types ranging from kickboxing to Pilates to swimming, although you can only have six of them active on the band at any one time. The Mi Band 4 only has six activity types total — running, treadmill, cycling, walking, pool swimming and a generic “exercise” type you can choose if your workout doesn’t fall within any of the existing categories.

For step tracking, I felt the Fitbit overestimated my effort slightly and I could game the system with arm movements (case in point: chair dancing made me hit 10,000 steps one day) when I had only got around 8,700 on the Mi Band. But heart rate tracking during exercise, such as my outdoor run, was fairly consistent between both trackers. Average and maximum heart rate readings were within a few beats per minute of each other.

Neither one has built in GPS which means you will need to take your phone with you for outdoor exercises. But only the Fitbit has automatic workout detection in case you forget to start your workout on the tracker.

I wore both trackers to bed for several nights and found the Fitbit was far more accurate in reading my sleep patterns. One night, I remembered I was awake for what seemed like an eternity. The Fitbit said I had been awake for an hour, while the Mi Band said I had 0 minutes of awake time.

The Fitbit is the only one that can monitor women’s health through menstrual tracking.

For those looking for smartwatch-like features, the Mi Band has more to offer. For starters, it allows you to play back your music by swiping across from the main screen. There are also plenty of watch faces to choose from, including a myriad of third-party options, while the Fitbit is limited to about 15 in the app.

The screen itself is much nicer, too. The Mi Band has a color AMOLED display with adjustable  brightness. The Inspire HR has a monochrome OLED screen which is hard to see in bright, outdoor situations like when I was on my run. I also found it easier to interpret my workout data faster on the Mi Band because it shows distance and pace on the main screen rather than having to flick through different screens to find it on the Fitbit.

That said, the Mi Band 4 did give me intermittent issues with raise to wake; sometimes it would take a good second for the time to display on the watch when I moved my wrist, other times it wouldn’t detect at all. The Fitbit was a lot more reliable.

Both can mirror notifications from your phone, although you won’t be able to respond to them (except for rejecting a call on the Mi Band 4).

The Fitbit is only officially rated to give up to five days battery, but I ended up getting about a week’s worth of use, which was a nice bonus. That said, it was no match for the Mi Band 4. I got two-and-a-half weeks out of it before I had to give it a charge.

To find out which fitness tracker got my vote in the end, watch the video above. 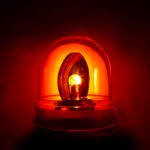