The Financial Services and Market Authority (FSMA) declared that “cryptocurrencies are the hype of the year” in an announcement published on Monday. The FSMA is a public institution that supervises the Belgian financial sector alongside the National Bank of Belgium (NBB).

The regulator said in its missive that would-be investors should beware of would-be fraudsters who are peddling the idea of big profits through crypto-sales that ultimately prove to be fictitious.

“Fraudsters are well aware of that, and try to attract customers online through fake cryptocurrencies and huge profits. The only thing they actually do, however, is take the customers’ money and disappear. It is as simple as that.”

Officials added a list of 28 trading platforms that they have said are fraudulent in nature, and the agency said that it issued the update “based solely on the findings of the FSMA, in particular as a result of consumers’ reports.”

In February, FSMA issued its first warning on crypto scams, contending that people who trust suspicious-looking websites with their money “never recover the funds invested” or “simply have heard nothing further from the company with which they invested their money.” 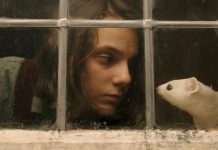