Last year, the Apple Watch added an electrocardiogram (ECG) to measure heart health. This year, Samsung and Withings have, too. Asus’ new health watch that was unveiled at the IFA trade show in Berlin, the Asus Vivowatch SP, also aims to be a complete fitness companion and promises blood pressure functions, too.

The VivoWatch SP has GPS, as well as ECG and a rear optical heart-rate sensor (PPG) that can check pulse oxygen levels. Asus also promises stress and blood pressure readings, although its press release says those functions will only be available in certain countries (no health clearance as a medical device has been mentioned). Asus previously had a similar ECG-equipped health watch, the Asus VivoWatch BP, that promised blood pressure functions, that could give blood pressure estimates but wasn’t cleared as a medical device.

The watch has a two-week battery life, 5ATM water resistance and an altimeter, and unlike the more healthcare-focused BP, the SP looks like it’s pushing toward active workout use, with pace tracking software for runs and PulseOx data during exercise.

While ECG-equipped watches are becoming more common, no smartwatch has cracked FDA clearance for blood pressure except for the Omron HeartGuide, which uses an expanding wrist cuff for its measurements. We know nothing about price, release date or medical clearance for any of the features Asus has described, however, so we’ll see how this one shakes out.

Photo finish fridges and ovens with AI: Bosch brings it all... 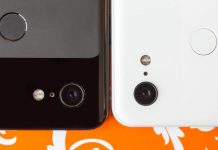