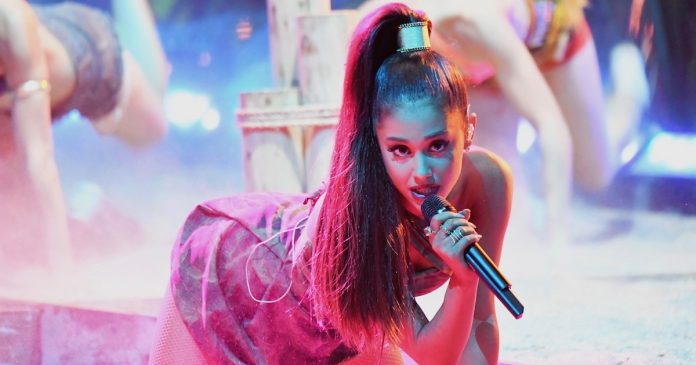 After her seemingly painful but very, very expected split from SNL funnyman Pete Davidson, Ariana Grande also came to the conclusion that she won’t be dating anyone “for the rest of this year” and probably her entire life.

She announced that she was retiring from the dating scene on Twitter when a fan replied to a tweet about an article that reads: “Who is Ariana Dating NOW?!” by saying: “Spoiler. It’s me!”

The pop star then issued what appeared to be a joking response:

“Spoiler for the rest of this year / probably my life: it’s no one. please refer back to this tweet for future questions,” she wrote, clearly still touchy about the whole breakup.

But we all know she’s going to bounce back and start dating again, as we all do. She even released a new song about it, called “Thank U, Next” which will also be the title of her upcoming album.

Check out some of Ariana’s greatest moments in the slideshow above.

Apple’s Q3 earnings are all about the iPhone 11 hints