Apple’s iPhone 11 event is just one day away, and while the new iPhone 11, 11 Max, 11 Pro and 11R phones (or whatever they’ll be called) will be the main focus of the keynote, let’s not forget about Apple’s fitness wearable either. The Apple Watch Series 4 was a big step forward for Apple‘s wristwear: a refined design, a larger screen and some FDA-cleared ECG tech to boot. But this year’s Apple Watch Series 5 could be even better. Even though the Apple Watch is the best smartwatch right now, that doesn’t mean it’s perfect. It’s missing some important features present on some of its competitors, especially in fitness tracking and an OLED screen. There’s also the rumor of titanium and ceramic Apple Watch models. This is what we expect to see in the Apple Watch Series 5 based on current rumors — and the Series 4’s missing features.

Bloomberg ran a report back in February that Apple is planning to integrate advanced sleep tracking into the Apple Watch, but maybe not until 2020. More recently in September, however, 9to5Mac reported that the newest Apple Watch could track your sleep using existing tools already found on current Watch models, like the heart-rate sensor and the microphone. The outlet also said there will be a new native Sleep app on the Watch. That means we might not only see sleep tracking sooner than we thought, but older models could be getting an update for it too.

Right now, the Apple Watch can’t track sleep, at least not natively. Instead it relies on third-party sleep tracking apps that can be installed on the watch, but they’re by no means a fully integrated solution that works seamlessly via Apple’s own Health and Activity apps. The iPhone has had a sleep-related bedtime clock for years, and getting proper sleep certainly lines up with Apple’s other core heart-health and wellness missions. (Apple acquired the sleep-tracking company Beddit in 2017.) Maybe 2019’s watch will make a step toward improving the hardware to enable sleep tracking.

Read more: The next big Apple Watch feature may be sleep tracking

…which would require better battery life

The Apple Watch would need better battery life for sleep tracking. Currently, it can last up to a day and a half before needing a recharge. Reports of improved battery life are already out there. The most obvious solution would be to increase the size of the battery and maybe shrink other components. Or the Apple Watch Series 5 could add a more efficient processor that could switch to a low-power mode at night. Qualcomm’s new Wear OS chips last year were aiming at similar longer-life features, too. The latest rumor, in China’s Economic Daily News, suggests Apple is considering a change in the screen technology from OLED to the more energy-efficient MicroLED technology to improve battery life on the next Apple Watch. The report does suggest it may not be ready until 2020, however.

What are the odds of another FDA-cleared health feature?

WatchOS 6 will bring the Cycle app to track women’s menstrual cycles on the Apple Watch, along with the Noise app to monitor different sound levels you’re exposed to throughout the day. But these features will come to previous models as well and don’t require FDA clearance.

If there are any sleep-tracking functions on the Watch S5, they likely wouldn’t be FDA-cleared either. Findings from clinical studies are published before clearance like that happens, and we haven’t heard anything yet. Fitbit, which has had sleep tracking on its devices for years, has been pursuing FDA clearance for sleep apnea detection and has a new sleep score beta that’s been in place since 2018 to collect more data. That could be more along the lines of where Apple may be headed between S5 and S6 watches.

Blood pressure isn’t likely, although Apple leaker Mr. White tweeted (without any evidence) that the next Apple Watch would support blood-pressure monitoring, adding fuel to the old rumor. It’s very likely this kind of medical feature would require a similar clearance as the ECG feature on the Series 4 Apple Watch, and as far as we know, Apple has not submitted any studies for review to the FDA.

Some competitors explore ways to track blood pressure. The Omron HeartGuide is an inflatable wrist-cuff watch that’s more a medical device than a regular smartwatch. Samsung has a study with UCSF that’s exploring how successful the Galaxy Watch Active’s heart rate monitor can be at estimating blood pressure, but the study is opt-in and still hasn’t produced definitive results yet.

Will there ever be a watch face store?

The Apple Watch is the last major smartwatch without a way to get new watch faces: Samsung, Fitbit, Google Wear OS and Garmin all have some form of watch face store.

Last year, a dedicated watch face store seemed like a real possibility. But that never came to fruition. Will it happen in 2019?

Could the Watch S5 charge on the back of the next iPhone?

Under the hood we can expect the incremental changes that Apple has been giving the Apple Watches in the past. The Series 3 has Apple’s dual-core S3 chip and W2 wireless chip, while the Series 4 has an S4 chip with a dual-core 64 bit processor, making it nearly twice as fast as its predecessor, as well as having a W3 wireless chip. Chances are the next Apple Watch will have an S5 chip and W4 wireless chip. But aside from guessing the name, it’s tough to tell how the new chips will impact the overall performance of the Series 5 watch.

When will an Apple Watch work without an iPhone?

The iPhone used to require a computer to set up. So did the iPod. The Apple Watch remains an iPhone-only device right now, but that may change very soon. The next WatchOS 6 update, coming in September, will make the Apple Watch more independent from the phone, by giving it a standalone app store and over-the-air updates that you can download directly to the watch. More recently we learned that WatchOS 6 will also give you access to workout summaries on the Apple Watch, even after you’ve dismissed them. (Before, you had to look for them in the Activities app on the iPhone.) The only thing missing to free the Apple Watch from the iPhone is the initial setup process, which could come in the Series 5.

Could a new base model Apple Watch emerge at a lower price?

The Apple Watch Series 1 was a great smartwatch that managed to be more budget-friendly that the $400 (or more) Series 4. Currently, that “affordable” model is the Watch Series 3, which is still pretty expensive at a starting price of $279. The rising cost of the Watch S4 and the dropping prices of Fitbit trackers, which can cost as little as $70, and the Samsung Galaxy Watch Active, which sells for $200, means Apple lacks a solid under-$200 watch option. Maybe a basic “Apple Watch” model, in the spirit of the 9.7-inch iPad called “iPad,” could fit the bill.

Or, will the Watch have more expensive designs?

Analyst Ming-Chi Kuo predicts that the next Apple Watch will feature a ceramic design option, possibly indicating a higher price tier… or maybe not. Apple’s ultra expensive Watch models have gone away, but the base price of the Apple Watch keeps creeping higher. The steel Apple Watch Series 4 has a ceramic back, but a sapphire crystal and steel case.

And the wildcard would be a round watch face for the Series 5. Apple has filed patents with this circular design, but hasn’t deviated much from the original design since launch. Perhaps that was design guru Jony Ive’s last big contribution to the Apple Watch before leaving the company? 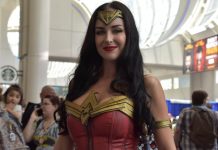