Apple is reportedly working on smart tracking tags to compete with Tile and Samsung’s SmartThings tracker. The Apple tracker could be attached to objects like wallets, bags and keys, MacRumors reported Friday after seeing an iOS 13 internal build. It’ll likely be small and circular with an Apple logo in the center, MacRumors said.

Apple is set to unveil the iPhone 11 on Sept. 10 at 10 a.m. PT at the Steve Jobs Theater in Cupertino, California. It’s unknown what else the tech giant will unveil, but a new Apple Watch is rumored.

The Apple smart tracking tag was first tipped to be in development by 9to5Mac back in April, but now MacRumors said the confirmed codename for the product is B389.

MacRumors also said the tags will become a part of Apple’s Find My app, under a new tab called “items.”

A notification will be sent out when users are separated from their tagged items, unless they’re in a set “safe location,” the report said. Tapping a button in the phone app could then cause the tags to chime, or putting an item in lost mode would allow other iPhone users to text or call the owner if they find it, MacRumors said.

Augmented reality could also help people find their lost items, like an AR red balloon floating over the area when looking through the phone’s screen in the app, the report added.

“Walk around several feet and move your iPhone up and down until a balloon comes into view,” the internal Find My app code reportedly says.

Bluetooth trackers can do more than help you find your… 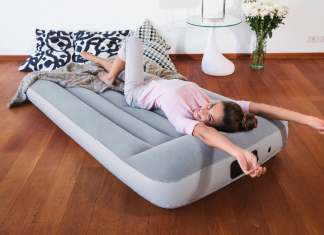 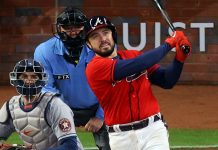