Rumors of the demise of 3D Touch in the new iPhones have proven to be true. The iPhone 11 and iPhone 11 Pro, which Apple unveiled Wednesday during an event on the Apple campus, will feature Haptic Touch instead of 3D Touch.

The change didn’t get much attention during the keynote, but the change was noted on the iPhone 11’s product page, which mentions Haptic Touch but not 3D Touch.

“Haptic Touch lets you do things faster, like take selfies without launching the Camera app,” Apple says on the page.

Apple first debuted 3D Touch in its iPhone 6S in 2015. The pressure-sensitive technology was meant to help with navigation when Apple decided to eliminate home button with the iPhone X, but it hasn’t proven to be critical.

Haptic Touch is similar to 3D Touch but works when users long-press on the screen, rather than relying on the amount of pressure applied. Apple began to move away from 3D Touch with last year’s iPhone XR with Haptic Touch (its fancy term for a long-press with a slight vibration) to make room for a larger, nearly bezel-less LCD display.

Rumors about Apple eliminating 3D Touch gain steam last year. After a visit with Apple suppliers in Asia, Barclay analysts, cited in MacRumors, seemed certain that Apple will eliminate this feature in the 2019 iPhone lineup. 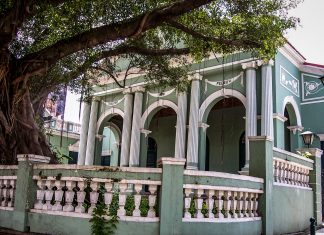