Waiting for an invite to sign up for the Apple Card? Your wait is now over as Apple has made its new credit card open to anyone in the US.

After doing a soft, invite-only launch earlier this month, Apple on Tuesday announced that it’s expanding applications for its credit card to anyone in the US who’s interested.

Available via the Apple Wallet app on the iPhone 6 or later running iOS 12.4, Apple’s credit card is managed entirely via the Wallet app. You can sign up for the Card by tapping the “+” icon in the upper right of the app. Designed to be used with Apple Pay, users can also request a physical titanium card free of charge through the app as well.

In addition to expanding availability, Apple also announced that it has partnered with Uber to offer 3% daily cash back on Uber and Uber Eats purchases when paying with Apple Pay in the app. That’s actually a better offer than the 2% Uber gives you for taking rides with its own Uber Visa card (the Uber Visa offers 4% back, however, on dining, including Uber Eats).

Apple says it will “continue to add more popular merchants and apps in the coming months.”

“We’re thrilled with the overwhelming interest in Apple Card and its positive reception,” said Jennifer Bailey, Apple’s vice president of Apple Pay in a statement. “Customers have told us they love Apple Card’s simplicity and how it gives them a better view of their spending.” 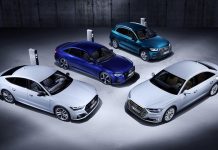