Like US banking giants and credit-card issuers Citigroup and JPMorgan Chase & Co. before it, Apple won’t let people use its card to buy cryptocurrencies.

“You may not use or permit your account to be used for … cash advances or cash equivalents,” reads the Apple Card Customer Agreement posted Friday on the website of Goldman Sachs Group Inc., Apple’s partner in the Apple Card venture. The agreement says cash equivalents include things like travelers checks, money orders, lottery tickets, casino gaming chips and cryptocurrency.

Reuters notes that Citigroup and JPMorgan Chase nixed such purchases because they were worried volatile prices for cryptocurrencies like Bitcoin could leave consumers with debt they couldn’t repay.

9to5Mac points out another detail from the agreement: Apple Card holders can’t use their accounts in connection with an iPhone that’s been hacked or modified through jailbreaking.

“If you make unauthorized modifications to your Eligible Device, such as by disabling hardware or software controls (for example, through a process sometimes referred to as “jailbreaking”), your Eligible Device may no longer be eligible to access or manage your Account,” the agreement says.

First announced during Apple’s March software and services event, Apple Card will be Apple’s entrance into the payments arena. The iPhone-maker has teamed with Goldman Sachs and Mastercard for the card, which will be available as a digital card in the Wallet app for use with Apple Pay. A physical titanium card will also be available for use in places that don’t yet accept mobile payments. 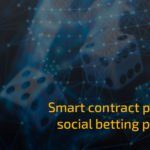