Apple might’ve put a price tag on its new game service. Users will get a one-month free trial of Apple Arcade and then will likely have to pay $4.99 per month, according to a report Monday from 9to5 Mac. The gaming service will give iOS, Mac and Apple TV users access to multiple paid apps through the App Store. Arcade will also be available to everyone on a Family Sharing account.

The price isn’t confirmed — 9to5Mac cited a promotional message found in one of the APIs used by the App Store app. But it’s likely we’ll learn more at an Apple event scheduled for Sept. 10. Apple didn’t immediately respond to a request for comment.

Apple announced its gaming subscription in March along with Apple Card, TV Plus, News Plus and more. Apple Arcade serves as an extension of the App Store and will include over 100 new, exclusive games. Subscribers can check out games from Annapurna Interactive, Bossa Studios, Cartoon Network, Finji, Giant Squid, Klei Entertainment, Konami, Lego, Mistwalker, Sega, Snowman and Ustwo. 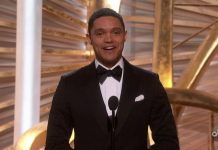