This story is part of To The Moon. Apollo 11 at 50: The space race, NASA’s moon landings and our future on the moon.

Our journey to the moon is one of the most well-known stories in human history. So trying to tell the tale of NASA’s lunar exploration program in a new and exciting way seems an almost impossible task.

But Apollo: Missions to the Moon, a new National Geographic documentary, does just that, recounting the entire history of the space race in a unique format using only archival footage, photos and audio — much that’s never been shown to the public before.

The project, developed for National Geographic to mark the 50th anniversary of Apollo 11 on July 20, provides a unique, behind-the-scenes look at what it took to get astronauts to the moon. It dives into the history of the Apollo space missions using rare footage from Mission Control, NASA and various TV networks around the world.

I chatted with Apollo: Missions to the Moon director Tom Jennings and legendary Apollo missions engineer Frances “Poppy” Northcutt about their unique perspectives on the documentary, and what it was like to be part of space history.

Q: Why is it important to tell the history of Apollo using actual footage taken at the time?
Jennings: This year is the 50th anniversary of the moon landing, and when National Geographic asked us to do a film, I really wanted to do something that would set us apart from the rest of the other documentaries and specials that would be coming out around the same time.

In our film, we went from Sputnik to the first inklings of the space shuttle — so you get the history of the entire space program. Certainly the great crowning victory is Apollo 11. But there were so many other great stories along the way.

It’s really a classic narrative that’s put together very purposely, which you wouldn’t notice unless you were studying how we broke the stories down.

There’s the Apollo missions themselves; we made the spacecraft in a sense a character; the astronauts are characters; the people in Mission Control are characters — there’s this multilayered character arcing that’s going on that we weave in and out of the film.

Most viewers aren’t going to pay attention to that kind of filmmaking, but that’s what it took in order for us to bring it to life and make it feel like it’s immediate and now.

We took all the aspects we knew we could tell with the footage available — find a bunch of stuff that makes these moments feel fresh and then apply this story as a kind of hero’s journey, and Apollo fits perfectly. It’s as good as any Star Wars film, because it’s all real.

How much footage did you have to go through to decide what to use for the film?
Jennings: We went through literally thousands of hours of footage. We pulled everything from the major TV networks, but then we also went to smaller markets where we knew they kept their footage from the space missions. We also had many radio interviews, national and international, to choose from.

But one of the more special aspects of our research was that we got ahold of hours and hours of audio tapes of NASA communication between the astronauts and mission control of Apollo 8, 11 and 13 that haven’t been heard by the public before.

What do you hope people will get out of seeing a documentary that retells the Apollo missions via TV footage, interviews and Mission Control audio tapes?
Jennings: I think people will have a much richer understanding of what space travel was truly like with the technology that was available at the time. It’s one thing to watch a movie about astronauts with Tom Hanks in it, but in this documentary you see the real guys. It’s the real deal. After making this documentary, I’m even more in awe of what they accomplished.

I want this film to serve as a portal of a time machine to relive these incredible moments as if you are really there. Even if you’re sitting in your living room as an observer, I hope that in a small way people feel they are living through it for the first time.

As someone who actually worked at NASA Mission Control, what was your role on Apollo missions 8, 10, 11, 12 and 13?
Northcutt: I had a mathematics degree from the University of Texas, but I never anticipated that I was going to be working on the space program. But I graduated and ended up getting a job as a “computress” (a woman employed to perform computations) for NASA contractor TRW Systems.

I worked very hard and got promoted to be a member of the technical staff, which was their way of calling you an engineer. I was a return-to-Earth specialist. That meant I helped figure out how to optimize the trajectory. I worked on how to minimize fuel requirements and minimize flight time requirements for the Apollo missions.

Since you were at NASA working on these missions, is it weird seeing everything unfold in a documentary loaded with rare footage?
Northcutt: It’s interesting to see everything happen from a different perspective. The mission that was most memorable to me was Apollo 8, because that was the first time human beings left this planet and went to another celestial body.

But what people may not realize is that there were a lot more players involved than what everyone saw on TV at the time. One camera might have been in one room. But there were hundreds of rooms — some were located at the space center, but there were tracking station rooms all over the world.

Just the scale of the enterprise of putting people into space is really hard to imagine. I think this documentary does a wonderful job presenting some of the tapestry of it, but I don’t know how you can really present all of it.

How do you hope this film will encourage young girls to look toward NASA for a career?
Northcutt: I hope girls understand with this incredible technology they don’t have to think small. They can have big dreams. They can apply this technology to something that’s meaningful.

The Apollo: Missions to the Moon documentary is currently available to watch on National Geographic TV and online. 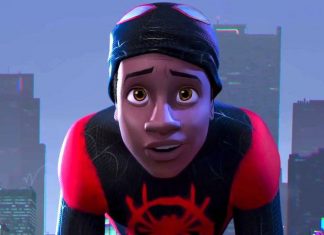