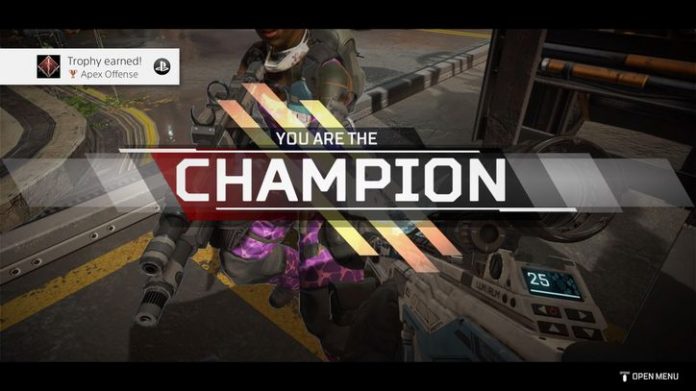 In a surprise announcement from Respawn Entertainment and EA, Apex Legends launched earlier this week for Xbox One, PS4 and PC (find out here which laptops run it best). It’s getting such a positive reaction, that it’s already exceeded 10 million players, with more than 1 million playing concurrently. Plus, there’s already talk of bringing the game to mobile. A number of those players are undoubtedly taking advantage of its nonexistent price tag to try it out (there are definitely loot boxes to entice you), but they’re quickly figuring out that it’s not the same as Fortnite or PUBG.

Since this will be Apex Legends’ first weekend in action, those player counts are bound to grow, and you shouldn’t be left in the dust as other more-experienced squads take all the good loot and hog all the glory. But with these tips, some good aim and a bit of luck, you too can enter the winner’s circle.

Only squads are allowed

For starters, in Apex Legends, your only option is to play as part of a three-person squad. You can play in squads in Fortnite, PUBG and other battle royales, but they also have other game types to play with one friend or by yourself. There’s a very good reason why there’s only a single three-person squad gametype — that’s because of Apex Legends other main difference: It allows you to pick your class. And those classes are what separates Apex Legends from its peers.

Pick a class that matches the way you play

There are eight different “Legends” (character classes) to choose from in the game. Two of them are behind a paywall, so unless you pay $20 for enough of the game’s premium currency: Apex Coins, your starting roster is comprised of six choices.

As far as classes are concerned, your squad’s choices and how you work together will be the difference between victory and defeat. Having a healer is always a good idea, and Lifeline is perfect for the job. Her healing drone can bring players back up to peak health quicker than anyone, and her ultimate ability can give you top-tier defensive loot. But if you choose not to have a healer, you need at least one player that has a way to escape.

Bangalore’s abilities let her run into the fray, then fire off a few smoke canisters to make her exit or hide her squad’s movements. She also has a passive ability that makes her run faster when she’s under fire. That smoke screen makes it possible for the whole squad to get out of a sticky situation, and once she knows where the enemy is, she can use her ultimate ability to call in an artillery strike to do some real damage (or block of a portion of the map).

You also have the adorable robot Pathfinder, which has a slightly different escape strategy. It has a grappling hook to immediately get out of reach of enemies. But it also has a passive ability that can tell you where the next circle is going to be, helping your team stay ahead of the competition. Its ultimate is a placeable zipline, so it can hang back, put out a zip line, and then let teammates know there’s another quick escape route.

When you start to think of each of the class abilities and how they can work together, you can develop a strategy for nearly any situation. Knowing how your abilities can help your team will be crucial to getting into the later parts of the game and could be the difference between winning and losing. But of course, that’s predicated on good communication, which is where Apex Legends really excels.

You’re in a squad. Play as a squad.

Even though going off on your own and staying silent for a match might work in Fortnite or PUBG, going solo in Apex Legends isn’t helping anyone. Your team gets less insights about what’s around the map, and when you inevitably run into a squad of three, they’ll overpower you easily. If you’re far away from your squad when you die, you also can’t be revived as easily, putting your teammates at further risk if they choose to try and save you.

It’s extremely important to communicate, and that’s where Apex Legends’ ping system comes in. You press a single button (R1 on the PS4, right shoulder on the Xbox One, or the middle mouse button on PC) to show where enemies are, where prime loot is or where you think you should move next. For example, you might come upon a Level 2 blue helmet, but you’re already wearing one. You can ping the helmet and let your squad know what loot’s available and where it is, giving them a chance to upgrade when they probably would have otherwise missed it.

Pinging where enemies are is another huge help to your teammates. If everyone is on the ball, you have three sets of eyes on your surroundings, and you’ll always know when you’ll need to attack, hide or escape.

Basically, if each squad mate understands they need to watch the others’ backs, it greatly increases the chance of survival for the entire squad. And you can do it all without having to deal with a 12-year-old saying awful things over a mic, or awkwardly hearing your own voice over Apex Legend’s audio. Once you get used to it, the single-button pings to your squad become second nature.

Obviously, you’re not going to know the map right away, but as you play you’ll want to remember the best locations for loot, good alternate routes and the fastest ways to get from one location to another.

Each location has a different rating for the quality of loot you can find there (it shows up onscreen, beneath the area name, when you enter a new part of the map). The problem is, people will slowly catch on that landing in one zone will net better loot than others. Knowing where you’re landing early in the game will tell you what type of loot you might find there as well as whether it will be crowded and dangerous.

The best loot of all is in the drop ships that are spawned at various areas of the map. They also drop zip lines so you can travel up to them from the ground level. The only problem is, your squad will have to weigh whether it’s worth it to go for that high-tier loot while two or three other squads are probably doing the same.

Finally, you’ll want to be aware of jump towers. These are the red balloons with zip lines extending high into the sky. They can launch you and your squad high into the air, enabling you to skydive to a better location. They’re great both for a quick escape and if you need a fast way to get to the circle late in the game. They’ll make you highly visible to other squads, but it can be well worth the risk.

Since Apex Legends isn’t even a week old yet, there’s still plenty more to learn about the nuances of its movement, gunplay and upcoming tweaks. We’ll keep this updated to reflect those changes, but in the meantime, good luck out there.

Apex Legends is here: How to download the new Titanfall battle royale