A Japanese company is out with a portable UV stamp that lets victims of harassment leave an identifying mark on anyone who tries to assail them.

“This is a stamp intended to deter nuisance,” reads a translated product page from Shachihata, a maker of pre-inked rubber stamps and stamp pads.

Though the company doesn’t mention groping specifically, uninvited touches from chikan (gropers) are a widely known problem for women on packed rush-hour trains in Japan.

Two decades ago, the country introduced female-only cars, and some lines have installed cameras as a deterrent. More recently, an app called DigiPolice came out, allowing victims to broadcast a loud “Stop it!” or pull up a full-screen SOS message they can show to fellow passengers.

Shachihata’s new “anti-nuisance stamp” imprints a 9-millimeter image of an open hand in special ink that’s only visible under fluorescent light. The stamp comes in a little yellow case (signaling warning, the maker says) and has a reel cord so it can be attached to a bag or pocket. The product costs ¥2,700 (about $25, £21, AU $38), but a limited run sold out within the first hour.

A Tokyo Metropolitan Police Department report from 2017 recorded 1,750 cases of groping or molestation, 30 percent of which occurred during the peak rush hour times of 7 a.m. and 9 a.m.

But as prevalent as groping is in Japan, the potential for misuse of a gadget like this is clear. What’s to stop someone from stamping someone to get revenge after being jilted? Or tagging someone who’s simply being annoying by talking on the phone too loudly?

The ink can be washed off and the product is mainly meant as a deterrent, company spokesman Hirofumi Mukai told the Japan Times. The era of #MeToo has brought other products aimed at discouraging groping and calling attention to the general issue of harassment. The sensor-laden Dress For Respect, for example, measures how many times the wearer was groped and transfers that information via Wi-Fi to a control unit in real time. 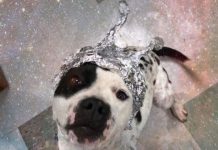