More than 4,000 items for sale on Amazon by third-party sellers have deceptive labeling or have been banned or declared unsafe by federal regulators, according to an investigation by The Wall Street Journal published Friday. Nearly half these items were listed as shipping from an Amazon warehouse, said the Journal, and some were promoted as “Amazon’s choice.”

Among the items identified in the investigation, at least 2,000 listings for toys and medications lacked warnings about risks to children and at least 157 were items Amazon had said it banned, according to the Journal. After the listings were brought to the e-commerce giant’s attention, 57% were taken down or had their wording changed, the Journal said.

This isn’t the first time Amazon has been in the spotlight for problematic listings. In 2017, the company was criticized when its “frequently bought together” feature called out combinations of elements used in making crude bombs. Earlier this month, listings for ammunition clips and boxes of bullets were uncovered on Amazon. The products are legal for online sale in the US but violate the company’s own seller guidelines. The presence of these listings points to how vast Amazon’s site has become. Its huge inventory increases the chance that banned items can become available, even with Amazon’s detection software and human monitors.

Amazon said it has robust programs in place to make sure products are “safe, compliant and authentic.”

“Amazon offers customers hundreds of millions of items, and we have developed, and continuously refine and improve, our tools that prevent suspicious, unsafe, or noncompliant products from being listed in our store,” the company said in a blog post Friday responding to the Journal’s investigation. “In 2018, our teams and technologies proactively blocked more than 3 billion suspect listings for various forms of abuse, including noncompliance, before they were published to our store.” 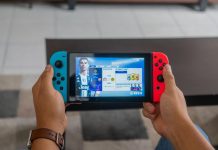