Apple unveiling new iPhones isn’t the only annual September event you need to care about. The Tokyo Game Show, emanating out of Tokyo every September, isn’t the E3-level gargantuan it used to be. But it’s still a place where trailers are dropped, announcements are made and release dates are revealed. We got a bunch of that this year, including the unveiling of a new Resident Evil game.

Below you’ll find all the key announcements and trailers from this year’s show, updated as new information drops.

This trailer runs just short of three minutes, and in it we get a substantial peek at the story elements that make up the first part of Final Fantasy 7 Remake. The game is slated for a March 3, 2020 release date.

Hideo Kojima’s next big thing, Death Stranding, hits the PlayStation 4 on Nov. 8. It’s already a notoriously freaky game, which is evident in a new 7-minute trailer.

Namco Bandai are working on an ambitious-looking RPG that retells the Dragon Ball Z story, from Raditz to Cell Games. Kakarot was announced at E3 and got a release date at TGS: Jan. 17. You can play it on both PlayStation 4 and Xbox One.

Capcom unveiled its latest Resident Evil game: Project Resistance. It’s a 4v1 multiplayer game where four players are survivors and one player is a predatory Mastermind zombie — it looks like it’ll play a lot like the Resident Evil 2 remake. The game will be on both PlayStation 4 and Xbox One, though no release date was announced.

Kingdom Hearts 3 shipped 5 million copies in just a few weeks following its Jan. 29 release, and now all those players are getting a reason to dive back in. Square Enix dropped a trailer for ReMind, DLC for Kingdom Hearts 3. We don’t know specifically when, but the trailer says ReMind is “coming this winter.”

Samurai slasher Nioh was a big hit, both critically and commercially, upon its 2017 release. Nioh 2 was revealed at last year’s E3, and got a new trailer and a release window at TGS. It’s coming to PlayStation 4 in “early 2020.”

Final Fantasy VIII, one of the series’ most polarizing games, recently got the remaster treatment. Now Square Enix is following that up with a remastered version of Final Fantasy Chronicles, which will come to PlayStation 4, Nintendo Switch, Android and iOS on Jan. 23, 2020.

Formerly known as Yakuza 7, Yakuza: Like a Dragon is the next main entry in the famed action franchise to hit PS4. It’s unlike previous games, though, in that it uses a Dragon Quest-like turn-based combat system. It arrives in Japan on Jan. 16, 2020, and will come west later in the year. Check out the new trailer for Like a Dragon below.

The Techy Trends’s Sean Keane contributed to this report. We’ll keep updating this page as more trailers and announcements are made. 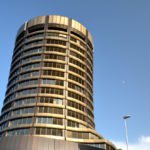 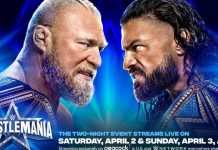