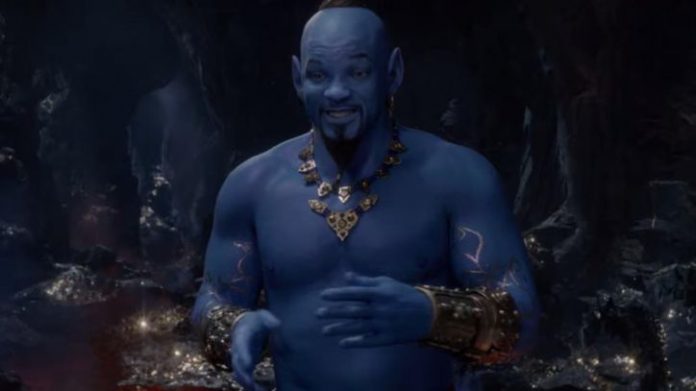 Grammy watchers met the new Aladdin during Sunday’s musical awards show when footage from the upcoming live-action film of the famed story came out.

Fans were treated to their first glance of Will Smith  as the blue-skinned Genie, the role made famous in the 1992 animated version by Robin Williams. Canadian actor Mena Massoud plays Aladdin, with Naomi Scott as Princess Jasmine.

“You really don’t know who I am?” Smith’s Genie says to Aladdin. “Genie, wishes, lamp, none of that ringing a bell?”

An earlier teaser, showing Massoud but not Smith, was released in the fall.

Aladdin opens on May 23 in Australia and May 24 in the US and UK.