For the first time since 2001, WWE has some serious competition. AEW, or All Elite Wrestling, will get its own live TV show on TNT starting Oct. 2, initiating what the wrestling world is already calling the Wednesday Night Wars. Before then, though, AEW puts on All Out, on Saturday Aug. 31, its second major pay-per-view event.

All Out is a successor to All In, a show put together last year by Cody Rhodes and The Young Bucks (Matt and Nick Jackson). Back then the trio wrestled for the Ring of Honor and New Japan Pro Wrestling promotions, with the event designed to prove that wrestlers outside WWE could sell out a 10,000-plus seat arena. And prove that they did, as All In filled up Chicago’s Sears Center Arena and sold 50,000 pay-per-view buys (paywall).

Fast-forward a year and the three, along with Kenny Omega and Jacksonville Jaguars co-founder Tony Khan, have formed their own company, AEW. Their first show was June’s Double or Nothing, which sold out Las Vegas’ MGM Grand Arena and hit around 100,000 buys.

After two smaller shows, Fyter Fest and Fight for the Fallen, All Out is AEW’s biggest show yet, as the main event between Chris Jericho and Adam Page will crown the first AEW Champion.

Jon Moxley, formerly known as Dean Ambrose, was scheduled to wrestle Kenny Omega on the show but had to pull out due to contracting a staph infection. So instead, Omega will take on Pac, known as Neville in WWE. Which, as you’ll know if you’ve watched both guys wrestling, should be bananas. Elsewhere, the Lucha Brothers will defend their AAA Tag Team championships (AAA is Mexico’s biggest wrestling promotion) against the Young Bucks in a ladder match. B-A-N-A-N-A-S.

Start times, where to watch

All Out, like last year’s All In, takes place in Chicago’s Sears Center Arena. It’s already sold out, meaning your only bet is to stream it. If you’re in the US, you can do this through B/R Live for $50. For everyone else, including the UK and Australia, you can watch the show via Fite TV for $20. You’ll pay in US dollars, which converts to £17 and AU$29 respectively.

(It is available on pay-per-view too, but you’ll have to hit up your local provider for details on those.)

The main show will start at 5 p.m. PT/8 p.m. ET. There’s also a kickoff show which begins an hour earlier, so 4 p.m. PT/7 p.m. ET. The kickoff show features a 21-women battle royale, where the winner earns a shot at the AEW Women’s Championship.

Viewers in the UK will have to stay up late, as the show starts there at 1 a.m. Sunday (midnight kickoff). For Australians, All Out starts at 10 a.m. AEDT time (9 a.m. kickoff).

Fite TV is available on all of the above plus Xbox One, PlayStation 4 and Smart TVs from Samsung, LG, Sharp, Sony and Panasonic. 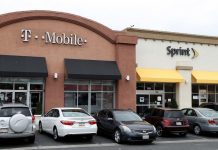