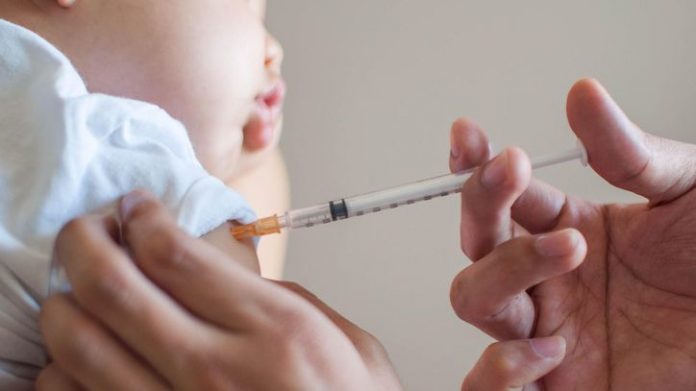 The measles, mumps and rubella (MMR) vaccine does not cause autism.

That’s the major take away from yet another study looking to unravel the link between vaccines and the developmental disability. A link between autism and the MMR vaccine has long been erroneously suggested, due to a controversial paper published in prestigious journal The Lancet over 20 years ago.

While the author of that paper, Andrew Wakefield, has been discredited and the original paper retracted, the myth that vaccines cause autism persists, even though mounting scientific evidence suggests otherwise. Today, if you wander too deep into the forest of social media, you’ll eventually be lost in arguments and counter-arguments from a vocal minority arguing that vaccines are responsible for the disease.

Not so, shows the new study, conducted by a team of researchers with the Statens Serum Institut in Denmark. Their study followed child births in Denmark from 1999 to Dec. 31, 2010, and then followed up with the children from 1 year old until the study was completed in 2013. Using the Danish health registry allowed them to compare a cohort of vaccinated children against un-vaccinated children, definitively showing that those who did receive MMR were not at a higher risk of autism.

Examining 5,025,754 person-years of follow-up data, the researchers found 6,517 children that were diagnosed with autism. The team also showed that even those children considered more susceptible to the condition due to family history and other risk factors were not at higher risk of the disease.

In conclusion, the Danish team ended with a resolute statement in support of the idea that “MMR vaccination does not increase the risk for autism, does not trigger autism in susceptible children, and is not associated with clustering of autism cases after vaccination.”

The study, published in the Annals of Internal Medicine on March 5, was funded by the Novo Nordisk Foundation and the Danish Ministry of Health.

In recent years, the anti-vax movement has gathered steam, resulting in a reluctance from parents to get their children vaccinated. This social shift recently caused the World Health Organization to label “vaccine hesitancy” one of the biggest threats to global health in 2019. Measles cases continue to rise, with the WHO stating the global spike is the result of “gaps in vaccination coverage”.

In 2018, there was an almost 50 percent increase in worldwide measles cases and approximately 136,000 deaths. And the US Centers for Disease Control and Prevention have already reported 206 cases of measles in just two months, after a total of 372 cases were reported in 2018.

Will this new, comprehensive data set be enough to sway those on the anti-vaccine side? Probably not. A number of studies over the last decade have looked at various vaccines, including those which contain the mercury-based thimerosal, and found no association between autism and vaccines — a handful of research papers suggest otherwise, but the idea largely survives thanks to a fraudulent paper from 1998, the wilds of social media and a pervasive sense of mistrust.

Bitcoin Still in the Middle of a Bear Market: Analyst