On Saturday a 21-year-old male allegedly shot up a crowded mall in El Paso, Texas, killing 20 and injuring a further 26. Hours later, authorities found a 2,300-word manifesto the killer had written and posted onto 8chan prior to the massacre. It’s the third case of a mass shooter uploading a manifesto onto 8chan before committing an atrocity, following Christchurch and an April shooting in a Californian synagogue. As pressure mounts for action to be taken against the site, online security platform Cloudflare has ditched 8chan, rendering 8chan vulnerable to DDoS and other attacks.

“8chan is among the more than 19 million Internet properties that use Cloudflare’s service,” company CEO Matthew Prince wrote in a Sunday blog post. “We just sent notice that we are terminating 8chan as a customer effective at midnight tonight Pacific Time.

“The rationale is simple: They have proven themselves to be lawless and that lawlessness has caused multiple tragic deaths. Even if 8chan may not have violated the letter of the law in refusing to moderate their hate-filled community, they have created an environment that revels in violating its spirit.”

It follows the founder of 8chan, Fredrick Brennan, telling the New York Times the site he created should be brought down. “Shut the site down,” he told the publication in an interview. “Whenever I hear about a mass shooting, I say, ‘All right, we have to research if there’s an 8chan connection.”

Brennan started the site in 2013, seeking to create a free-speech forum bereft of any censorship. He resigned from the site in 2016. Since then it’s been controlled by owner Jim Watkins and his son, Ron. “I no longer have anything to do with 8chan,” Brennan writes on his Twitter bio, “any 8chan questions post April 2016 I don’t know the answers to.”

“8chan has been on our radar for a long time as a problematic user,” Prince told Wired. “But we have a responsibility, which is much beyond ‘we terminate sites we don’t like.’ I’m nervous about whether we’ve made the right decision, and I’m nervous about how this will set precedent in the future.”

It’s the second such time Price has had to make such a decision, following Cloudflare in 2016 pulling The Daily Stormer, a neo-Nazi site. The impetus for The Daily Stormer being dropped was a story published about Heather Heyer, who was killed at a white supremacist protest in Charlottesville, Virginia.

What Facebook and Google say they’re doing to combat…

Meanwhile, 8chan was blacklisted in 2015 from Google search due to the child-porn content shared within. Brennan in 2014 said, “I don’t support the content on the [child pornography] boards you mentioned, but it is simply the cost of free speech and being the only active site to not impose more ‘laws’ than those that were passed in Washington, D.C.”

“It’s not doing the world any good,” Brennan said to the Times on Sunday of 8chan. “It’s a complete negative to everybody except the users that are there. And you know what? It’s a negative to them, too. They just don’t realize it.”

Ron Watkins, who co-manages the site with his father, tweeted: “All our domains have been removed from cloudflare, so we will be moving to another service asap. Please excuse any downtime as we migrate to the new service.”

8chan and its owners did not immediately respond to a request for comment. 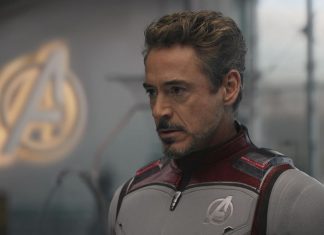