From 5G and folding displays to pop-up cameras and in-screen fingerprint scanners, it’s been a dynamic year for phones. But whether or not these technological trends are here to stay, one feature always ranks at the top of the must-have list: a long battery life.

Now that we’ve passed the halfway mark of 2019, it’s time to take a look at some of the best phones so far. After all, the last thing you want is for your phone to run out of juice when you need it most. Usually, a phone lasts a full work day with moderate use. But if you use it heavily, you’ll need to recharge it more often. Batteries also lose steam over time, running down faster the longer you’ve owned the phone. The possibility of losing battery — and therefore losing your communication hub — is frightening and real.

If you feel your phone’s battery seems to be stuck in the ’90s and doesn’t last as long as you’d like, you’re not alone. So if a long-life battery tops your list of needs, check out these top-scorers — they lasted impressively long during our lab tests for continuous video playback on Airplane mode.

Note that these products are independently tested and chosen by our editors. CNET may get a share of revenue from the sale of products from the links.

Clocking in the best time for all three of the latest iPhones, the iPhone XR lasted a fantastic 19 hours and 53 minutes. It also delivers many desirable iPhone features, including an excellent big screen in a comfortable body, fast performance, Face ID and wireless charging, as well as a camera that’s mostly as good as the iPhone XS.

With a run time of 21 hours, the Note 10 Plus has enough juice to power that huge 6.8-inch display all day. Like its Note 10 counterpart, it has a single front-facing camera but in addition to its three rear cameras, it has a fourth depth-sensing camera. And while it doesn’t have a headphone jack, it does have expandable memory, unlike the Note 10.

Topping our list is the Moto G7 Power. Though it doesn’t have dual rear cameras like Motorola’s current flagship, the Moto G7, the G7 Power has a monster battery. Its 5,000-mAh battery lasted 23 hours and 10 minutes, making it the longest-lasting phone we’ve tested this year so far.

The Galaxy S10 Plus has a phenomenal AMOLED screen, loads of useful camera tools and the option to wirelessly charge other devices. Its monster battery life lasted an excellent 21 hours. If the phone is too pricey or too big for you, however, consider its smaller counterpart, the S10, which lasted an impressive 18 hours during our battery tests.

Clocking in at 17 hours and 49 minutes is the V50 ThinQ — a phone with a total of five cameras, water resistance and a headphone jack. It’s also one of the first phones to have 5G connectivity, enabling you to surf the internet at lightning-quick data speeds.

Packed with four cameras and flaunting a beautiful design, the pricey P30 Pro has one of the best cameras around. Its big, 4,200-mAh battery lasted 22 hours and 57 minutes. The smaller Huawei P30 also has a great battery life, lasting 21 hours and 31 minutes.

True, the Note 9 launched in 2018, but it’s still an outstanding phone. Its battery lasted 19 hours and 20 minutes. In addition, it has a big, bright screen, an embedded S Pen stylus that can trigger the phone’s camera shutter and lots of internal storage.

Colman Ma - September 17, 2018
0
Kicking off the AERGO Public TDE This is a paid-for submitted press release. CCN does not endorse, nor is responsible for any material included below... 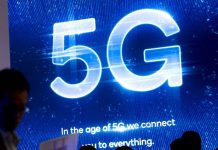