Most phones in the world won’t land in your pocket, but there are some standouts that are worth knowing about either way. After all, over 3 billion people own smartphones around the world — they’ve truly become must-have commodities. At the IFA press conference in Berlin this week, companies including Samsung, LG and Motorola showed off bold new designs at every price to tempt you.

There are phones that bend, pack in a ton of cameras and even flip up. Although most of them won’t deliver the same clout as the upcoming iPhone 11 or Google Pixel 4, seeing these devices gives us a window into where phones are going next. And it shows what you can get for your money today, no matter where you might live.

Here are the best of the bunch we saw at the show. Most will go on sale shortly, or launch by October. Some are concept designs to intrigue future-you.

Samsung’s foldable Galaxy Fold never made it to its original sale date, after the company held off while making repairs on the accident-prone display. But now Samsung says it’s fixed the Galaxy Fold’s screen weaknesses, and we got to briefly try it out.

The saga is now in its next chapter. Samsung seems to have scaled back its Galaxy Fold ambitions, cancelling preorders to start again fresh, and cutting the blue and green color choices that it paraded around at launch. Silver and black will be your only options now.

We still don’t have every preorder detail, but the Fold is on sale in Korea now and is rumored to come to the US on Sept. 27. Samsung didn’t respond to a request for comment on the rumors, but we do know that it’s planning a Galaxy Fold Premier Service, which sounds kind of like a concierge service for Fold owners to get dedicated customer support. (Just like I called it.)

Foldable phones are one thing, but LG has a different approach that will still give you two screens when you want them, and the option to carry around a smaller phone when you prefer to streamline. The LG G8X with Dual Screen transforms a high-end phone into a feature-packed dual-screen experience with a case that matches the G8X’s 6.4-inch screen.

You’ll be able to do everything, from multitasking with two separate apps on two separate screens to playing games with a game pad you can create and customize yourself. Imagine watching a video on one screen while texting on the other, or using one of the two displays to preview your face for a selfie. There’s software to adjust selfie lighting while you take your portrait, and a neat tool to capture a screenshot of both screens and automatically attach it to a message.

A dual-screen device can be bulky. But being able to remove the G8X through a USB-C connection and use it like any other phone makes it more familiar to people who want to be on the cutting –but perhaps not bleeding — edge of “foldable” devices.

$450 quad-camera phone with a satin glass back

The Motorola One Zoom gives you three interesting things to mull over as you take in the wonderful purple, bronze or gray backings. First, the backings themselves, which are made from a matte glass finish.

They’re super smooth to run your hand over, perhaps a bit slippery, but they keep fingerprint grease to a minimum. That’s good news — fingerprints are a hard truth that puts a damper on a lot of glass backings for people who opt to skip the case.

More important are the four cameras on the back, which include a 48-megapixel shooter with dedicated night mode, and a telephoto lens with 3x optical zoom. Motorola really goes for it here, offering camera features that you see in phones that cost twice the price.

Finally, there’s the price itself. $450 is a truly midrange price that’s aggressively competitive. And the One Zoom aims to bring you tremendous value for the cost. This is a phone we’re keeping a sharp eye on.

For early adopters seeking 5G as soon as possible, the A90 5G signals that the sky-high price barrier to 5G can and will settle. You may need to make a few compromises to get it, but the phone’s specs are solid, and the large screen, camera and battery combo still project a premium air.

TCL isn’t a known phone brand… yet. But it does have a long history of selling phones under the Alcatel name. It also licenses BlackBerry and even Palm names. Yet the company, known best for its excellent, affordable TVs, is trying to do something new. It’s launching the first phone under the TCL name, the TCL Plex. The Plex looks a fair bit like Samsung’s Galaxy S10, but for less.

TCL sees this midrange phone as its inaugural step in establishing itself as a consumer electronics brand that leverages screen greatness across a range of products. Like Samsung and LG, it wants to build a unified brand you can trust with multiple aspects of your digital life, from your phone and TV to a smart watch, tablet or smart home appliance.

The Plex is such an interesting play less for its package of extremely affordable specs and more because of its role in being first. It’s too early to say if TCL will be a success, but with the Plex, it intends to try.

The TCL Plex isn’t the company’s only move. Concept designs such as a wallet-shaped foldable phone and a curve-screen design with a display that wraps around the sides are two directions TCL could go in to wow you as it develops its mobile presence. A completely buttonless phone fused from two pieces of glass — with no ports, either — is another bold experiment that TCL’s tinkering with.

China’s Crypto Custody Sector Is Growing despite the Mainland Ban 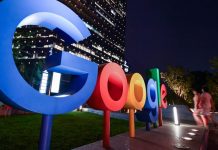