If you’ve been experiencing withdrawals since the Women’s World Cup ended last month, we’ve got some good news: The 2020 Summer Olympic Games in Tokyo are less than a year away. Even more reason to be excited is that there will be six brand new sports coming to the 2020 Olympics, and two returning favorites to watch.

While gymnastics, swimming and track and field usually steal the show, there are even more events to watch in 2020. Get excited: Here’s what’s on tap.

Fittingly, karate — a martial art that originated in Okinawa during the Ryukyu Dynasty — makes its Olympic debut in Tokyo, joining judo, taekwondo and wrestling. It consists of two disciplines for both men and women: kata (forms) and kumite (sparring).

In kata, the athletes demonstrate a series of offensive and defensive movements against a virtual opponent and are evaluated on strength, speed, rhythm, balance and power, among other things, using a points system.

In kumite, two weight-matched competitors face off in an 8 by 8 meter area for 3 minutes. They’re awarded points when they land strikes, kicks or punches with good form, power and control on the target area of their opponent’s body. The person with the most points at the end of the match or the first person to amass an eight-point lead is declared the winner. Want to dive deeper into karate? Head to the World Karate Federation’s site for more.

Once a sport relegated to the streets of southern California and mostly niche competitions, skateboarding is making its Olympic debut. Men’s and women’s Olympic skateboarding will consist of two events: park and street. The street course is designed to replicate street skating, with stairs, ramps and rails that riders can use to put together a series of tricks. Athletes skate individually on three timed runs and are scored on things like the difficulty of their tricks, speed, height and originality. Only their highest-scoring run is taken into consideration for overall rankings.

The park event takes place on more of a bowl-shaped course, in the sense that it looks hollowed out. Riders use the inclines within the course to build momentum and perform tricks. They’re judged on difficulty and originality, among other things. Learn more about competitive skateboarding.

In the Olympics, mens’ and womens’ sport climbing will consist of three disciplines: speed climbing, bouldering and lead climbing. In speed climbing, two athletes secure themselves to ropes and race each other on a fixed route to the top of a 15-meter high wall.

Bouldering involves climbers — without safety ropes — individually trying to ascend as many fixed routes on a 4-meter high wall as they can within 4 minutes. And in lead climbing, athletes will try to climb as high as they can on a 15-meter high wall within 6 minutes, again using safety ropes. If two people reach the same height, the person who did it fastest wins.

Although climbers compete in these three events separately in world cup competition, each Olympic athlete will have to participate in each one. Final rankings will be determined by combined scores. Learn more about sport climbing.

Women and men shortboard competitors will hit Shidashita Beach on Japan’s Pacific coast in 2020. Four athletes compete at a time, with each heat lasting 20 to 25 minutes, depending on the quality of the waves. During that time each wave can only have one rider. Instead of being judged on how many waves they catch, the athletes are judged on the difficulty of the maneuvers they perform, with masterful execution on large waves bringing the highest scores. An athlete’s two highest scores count, with the two surfers at the top of the rankings moving on to the next round. Learn more about competitive surfing.

Sports returning to the Summer Olympics in 2020

After being absent from the last two Summer Olympics, men’s baseball and women’s softball return to the summer Olympic Games. Though baseball not being wildly popular around the world, only six countries will compete.

In both sports, two teams alternate between batting and fielding when the fielding team secures three “outs.” Each round of hitting and fielding makes up what’s called an “inning” and each game consists of nine innings. The team with the most runs after nine innings wins. Tied scores are resolved through extra innings.

Baseball and softball are both played in roughly the same manner with a few differences: Softball is played with a larger ball on a small field and the pitcher throws underhand from flat ground (not a mound). Softball bats also tend to be shorter, lighter and smaller in diameter. Learn more about baseball and softball.

There are tons of new events too

In addition to the new and returning sports above, the International Olympic Committee has also given the green light to a variety of new events within basketball, swimming, track and field and more. Check out a complete list at teamusa.org. 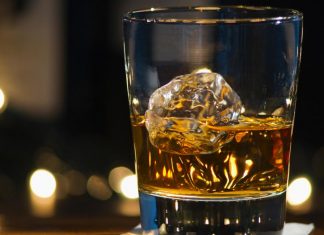 Here’s Why You Drink More Alcohol at Winter

Colman Ma - November 27, 2018
0
(Photo: Getty)Summer or sunlight, drinking booze is always a fantastic time. But would you grab yourself hitting the bottle a bit harder...