Are UFOs real? Over 530,000 have pledged to find out. A Facebook event named Storm Area 51, They Can’t Stop All of Us has become an internet sensation. At the time of writing, 537,000 users have signed up to attend the event, located in the deserts of Nevada, and another 525,000 are “interested” in attending (read: cowards). 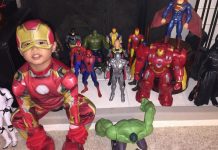