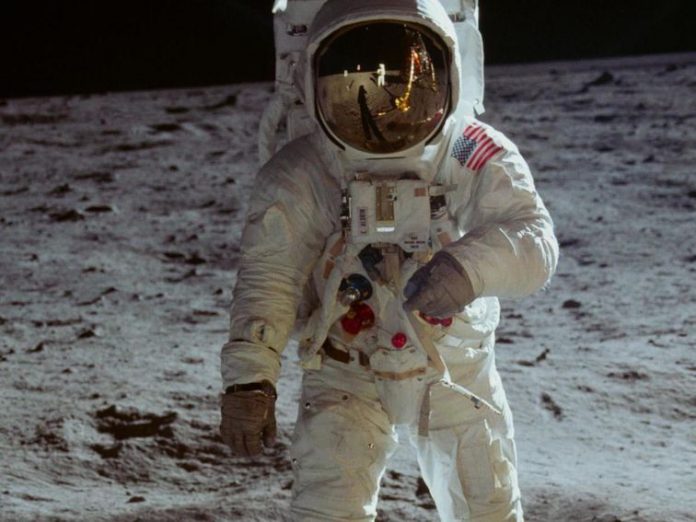 On July 20, 1969, the US went to the moon. Fifty years later, to the day, I did this moon landing virtual reality thing at San Diego Comic-Con. Which feat is more impressive? I don’t know, I’m not a scientist.

Jokes aside, the VR experience, created by the company Noitom, is impressive. The firm, which is based in both Beijing and Miami, set up a VR simulation that lets people feel like they’re on a lunar mission.

The company suits me up with an Oculus VR headset, hand sensors and backpack (which adds to the experience, because my astronaut avatar is wearing a heavy pack). I’m with five other participants in a big open space — in this case, a cordoned-off area of a conference room in San Diego’s Omni Hotel — so we have room to roam.

Noitom, or “motion” backwards, developed the simulation with Opaque Space, a company that’s worked with NASA on its VR training programs. The company creates large-scale VR experiences for museums and conferences. As VR developers, though, they have their work cut out for them. As critics say the technology and ecosystem has hit brick walls, companies cut back their investments in the space.

Noitom is aware of the challenges. “It’s still a little bit of a wild, wild west,” says Ari Karczag, manager of West Coast operations. “It might have suffered a hiccup in the last two years … as developers over-promised and under-delivered.”

“When kids are exposed to things that leave them shocked and awed, it can spark someone to say, ‘OK, that’s what I want to do with my life.”http://www.cnet.com/”

Originally published July 20.
Correction, 10:09 a.m. PT: An earlier version of this story misspelled the name of the company that’s worked with NASA on its VR training programs. It’s Opaque Space.

Colman Ma - September 19, 2018
0
Wagerr Launches Decentralized Betting Blockchain This is a paid-for submitted press release. CCN does not endorse, nor is responsible for any material included below and...