Rumors about a 3D camera system and 5G connectivity on the 2020 iPhone are gaining traction as iPhone sales continue to fall. In this week’s Apple Core roundup, we’re also taking a look at all the Apple products, iPhone or otherwise, that could arrive before the end of the year, along with a recap of Apple’s latest earning’s report.

With a little over a month to go until the next iPhone launch, we should be getting flooded with rumors about the 2019 iPhone lineup. And while there have been plenty of those floating around since January, it seems the rumor tides have now turned towards the 2020 iPhones.

One rumor that keeps floating to the top of the pile has to do with a rear-facing 3D camera system. This week, longtime Apple analyst Ming Chi Kuo (via MacRumors and 9to5Mac) said he expects two of the 2020 iPhones models to have a new time-of-flight camera lens on the back of the phone. The setup would be similar to that of the current True Depth camera system used for Face ID on the front of the phone, except it would use a slightly different type of technology that could allow it to 3D map objects from farther away. This would significantly improve its augmented reality applications and take certain camera features like Portrait Mode to the next level. Previous rumors had mentioned this setup, but hadn’t specified how many of the 2020 iPhone models would come equipped with this technology.

Kuo also changed his tune a bit with his 5G connectivity predictions for the 2020 iPhone lineup. Last month he’d said only two out of the three rumored iPhone models would have this type of connectivity. But in his most recent report, he says that all three of them will go 5G. What’s still unclear is whether or not there would be a fourth non-5G alternative at a lower price.

Apple is expected to launch three new iPhones in 2020: one with a 5.4-inch screen, another with the same 6.1-inch display as the current XR, and a larger 6.7-inch option.

Apple may be gearing up to launch a new batch of iPads before the end of this year. According to a report in AppleInsider this week, the company has registered two new model numbers with the Eurasian Economic Commission, a necessary precursor before bringing a product to market in this region.

Apple had already filed five model numbers in the last few months, which brings the total up to seven new numbers. This, however, doesn’t necessarily mean we’ll get seven completely different iPads, but perhaps different variations of the same one. The model numbers could also refer to different variations on screen sizes, LTE and Wi-Fi models and memory options. Previous rumors suggested Apple may launch an iPad Pro sequel (or two) and maybe even a cheaper iPad.

Apple rarely launches new iPads at the September iPhone event, so these would likely come in an October launch event alongside new MacBooks. According to Chinese site The Economic Daily News, Apple could launch a high-end 16-inch laptop with a higher resolution display and at a higher price than its predecessors.

Apple’s Q3 earnings report looks bad for the iPhone, but good for the company

Apple’s latest earnings report was a mixed bag. On the one hand, iPhone sales continued to decline by 12%, but on the other, the company experienced record growth in nearly all of its other categories. The company’s overall earnings were also down, but revenue was up and beat analyst expectations.

In the call with investors following the earnings report, Apple CEO Tim Cook said, “This was our biggest June quarter ever.” Revenue from its services (Apple Music, iTunes, iCloud) rose by 13% to $11.5 billion, which may continue to grow once Apple launches its new video streaming service Apple TV Plus and its gaming service Apple Arcade. It was also a strong quarter for its wearables, home and accessories category, which increased by 48% to $5.5 billion. Even iPad and Mac sales were up.

Apple Card will arrive in August

Aside from company earnings, Tim Cook also revealed the Apple Card launch date. In his call with investors, he mentioned the Apple-branded credit card announced earlier this year would be arriving in August, as in, this month! He didn’t mention an exact date.

Apple partnered with Goldman Sachs and Mastercard, and will offer both digital and physical credit cards as part of the deal. The digital version will be stored in the Wallet app for mobile transactions, while the physical card will be made of titanium and could be used in places that don’t yet take Apple Pay.

Tim Cook also said that Apple Pay is now up to 1 billion transactions per month, double what it was at this time last year. And it’s currently accepted in 47 markets. It’s also rolling out to public transportation in cities such as Portland, New York and Chicago later this year.

Colman Ma - October 1, 2018
0
Interview: Caitlin Long on Cryptocurrency Regulation and Why Wyoming is the Next ‘Crypto Valley’ Note: This is part 2 in a multi-part interview series with... 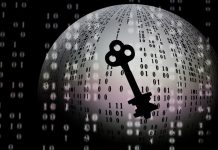 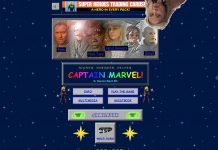