We can always count on Dodge to fulfill our desire for muscle cars. First, the Charger and Challenger SRTs, then the Hellcats, the Demon, and even the Hellcat Redeye. For its next act, Dodge is dipping even further back into its archives for the Charger Hellcat Widebody Daytona 50th Anniversary Edition. That’s a mouthful of a name, to say the least.

Set to make its debut at the Woodward Dream Cruise in Pontiac, Michigan, this weekend, the Charger Hellcat Daytona 50th Anniversary Edition is actually more than your typical graphics package. Not only are there plenty of thoughtful nods to mark its significance, but there’s also more power from the 6.2-liter supercharged V8. Rather than the standard Charger Hellcat Widebody’s 707 horsepower, Dodge engineers dialed up the engine calibration to make 717 hp.

Incoming history lesson: Dodge revealed the original Charger Daytona in 1969 with a goal to dominate the NASCAR series. Fans will remember it most often because it featured an utterly massive rear wing. It was also the first production car to go over 200 mph and it did quite well in the NASCAR series before regulators banned some of the race car’s modifications. To homologate the car for racing duty, Dodge needed to build 501 of them. Thus, the company made 501 Charger Daytonas for the 1969 model year.

The Dodge Charger Hellcat is too crazy for Europe

Honoring the retro look is a special spoiler at the Daytona 50th Anniversary Edition’s rear. The decklid spoiler comes with a rear-quarter decal and the spoiler is painted to match one of four colors Dodge plans to offer. They are B5 Blue, Pitch Black, Triple Nickel and White Knuckle. For maximum collectibility, opt for B5 Blue; the brand said the color will be exclusive to the Charger Hellcat Daytona 50th Anniversary Model for the 2020 model year. Each color gets a white decal, while models finished in White Knuckle get a blue decal at the rear.

Aside from numbered badges inside and “Daytona” stitching in the seatbacks, the interior is largely the same to the standard Charger Hellcat Widebody. There’s a real carbon-fiber instrument panel, a suede headliner and blue, black and chrome accents throughout. The car also rides on unique 20-inch wheels with a Satin Carbon finish.

Order books for all 2020 Charger models open this fall and the Daytona 50th Anniversary Edition will surely nab plenty of interest. 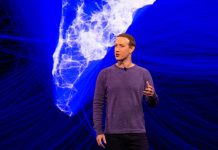 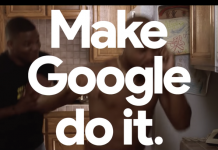