After a couple of conceptual peeks and a ride in a camouflaged prototype, we finally see the 2020 M-Byte electric SUV as it will be delivered to customers starting next year. EV startup Byton has finally unveiled the final production design at the 2019 Frankfurt Motor Show, solidifying a number of details in the process.

The final design isn’t much of a surprise, sticking closely to what we’ve already seen from concepts dating back to CES 2018. Up front, the forward lights have been redesigned to fit projector headlamps and side indicators, but still stick to the concept’s basic “C” shaped graphic.To my eye, the vehicle’s rear overhang appears to have been shortened a bit relative to the concept’s, with a more upright design that makes the whole SUV look slightly more compact.

At the flank, the production SUV features traditional wing mirrors, where the concept used rear-mounted camera pods. Flush-mounted door pulls replace the concept’s electronic door poppers. Meanwhile, the concept’s B-pillar facial recognition sensor pod is nowhere to be seen. Is it gone or has the automaker just done a better job hiding the cameras? We’ll have to get a closer look on the show floor.

Of course, we’ve known since January that the M-Byte’s defining feature will be on the inside, where a 48-inch curved widescreen display stretches around the dashboard and a smaller, 8-inch “driver tablet” display floats over the steering hub. The displays will be driven by the “Byton Cloud” infotainment suite that connects to the web at up to 5G data speeds.

Beneath the design, the all-electric M-Byte will be available in two configurations. The entry, rear-wheel drive  model features a 270-horsepower, 200 kW electric motor on the rear axle. With a full charge of its 72 kWh battery pack, it should be able to cruise for an estimated 224 miles. Stepping up to all-wheel drive adds a second e-motor on the front axle for a total of 402 horsepower and 300 kW. The all-wheel drive spec also upgrades to a larger 95 kWh battery,  bumping the M-Byte’s range to 270 miles. (Both of those range estimates are on the global WLTP testing cycle; expect some shrinkage when the more conservative US EPA makes its estimates.)

Byton says the M-Byte will start at a fairly reasonable $45,000 before any available EV incentives. That’s almost unbelievably low, putting the electric SUV well under the premium price range of competition like the Audi E-Tron, Jaguar I-Pace and Tesla Model X, all of which start around $70,000 to $75,000.

Byton expects to deliver the first M-Bytes to customers in its Chinese home market by mid-2020 and will start taking preorders for Europe and North America, with the first models arriving in those markets in 2021. Stay tuned to the rest of our coverage of the 2019 Frankfurt Motor Show for more photos and details as we learn more about the M-Byte.

Byton’s M-Byte electric SUV is ready at the Frankfurt… 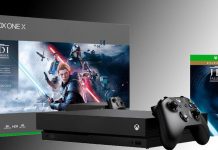