This week was a big one for fans of fast station wagons, or as our compatriots at Carfection would call them, “estate cars.” That’s because Audi announced its latest and greatest RS6 Avant, and unlike any RS6 Avant before it, it’s coming to the US.

That makes it one of a very select group of vehicles that serve as catnip for car nerds which includes the Mercedes-AMG E63 S wagon and the Porsche Panamera Turbo Sport Turismo. How will Audi’s new vorsprung-durch-technological terror compare to the best long-roof models from Affalterbach and Zuffenhausen? Let’s take a look at the numbers.

The natural place to start with this group is with their drivetrains. Each vehicle is powered by a 4.0-liter turbocharged V8 engine, despite what Mercedes’ naming conventions of the past might suggest. Of the three cars, it is somewhat surprisingly the Porsche that makes the least amount of power, with just 550 horsepower on tap. Next comes the Audi with a very healthy 592 horsepower, and at the top of the pile is the Mercedes E63 S wagon, making 603 horsepower.

The wise old car sages say that horsepower may sell cars, but it’s torque that wins drag races at the local Trader Joe’s to snake that elusive last parking spot. (I think that’s how the saying goes.) In any case, when it comes to rotational force, it plays out much the same with the Porsche offering the least amount of twist at 567 pound-feet, followed by the Audi with 590 and again, the big Benz reigns supreme with a cool 627 lb-ft.

When it comes to transmissions, don’t get too excited. Gone are the days of the six-speed manual-equipped CTS-V wagon. These ‘roided out grocery-getters all come with autos, though the Audi is the only model to come with a traditional torque converter automatic. In this case, it’s the excellent ZF eight-speed unit found in pretty much everything these days, so it’s not necessarily a mark against.

Porsche fitted the Panamera Turbo (and Sport Turismo model that we’re interested in here) with its latest and greatest eight-speed Porsche Doppelkupplungsgetriebe (or PDK for those of you who don’t speak fluent Porsche Engineer). As usual, this bad boy packs twin clutches and all the rapid-fire shifting you can stand. PDK has long been one of our favorite dual-clutch transmissions, and it’ll be hard to beat, considering its been in development since the 1980s.

The Mercedes also lacks a torque converter for its SpeedShift MCT nine-speed unit. It’s got the most gears out of our competitors, but transmissions have historically been a weak point in AMG cars of the past, often lagging behind the best from Ingolstadt and Munich. The good news here is that Mercedes’ neun-ganger is competent and easy to live with. It’s not as fast as PDK, but to be fair, not many boxes are.

All three of our tributes are sold exclusively as all-wheel drive vehicles, though they also all have a rear-bias to the systems. The Audi claims that its Quattro system typically sends around 70% of its power to the rear wheels, but can send up to 85% to the back if the situation demands it.

The whole reason for buying a performance station wagon is performance. Otherwise, you’d save yourself $30,000 or so and just get the standard version. So, with that in mind, how do our warp-speed people haulers compare?

The logical first point of comparison is the classic 0-60 mph run, something that the AMG does in a claimed 3.4 seconds — a frankly staggering figure for a vehicle that weighs nearly 5,000 pounds. Both the Audi and the Porsche claim to 3.6-second runs, and while it may not be as quick as the Benz, friend, that isn’t slow.

If you’re going to get a heavy car moving super fast then the quality of that vehicle’s braking system becomes very important. Luckily, the Audi’s available 17.3-inch carbon-ceramic brake discs and 10-pot calipers will likely do an admirable job of hauling it down from its claimed 190 mph top speed. The Benz is packing optional 15.8-inch carbon-ceramic brakes and the Porsche’s optional PCCB’s (Porsche carbon ceramic brakes) clock in at 16.5 inches in the front.

In the handling department, the phrase of the day is “four-wheel steering,” and of the three models we’re looking at, only the Mercedes lacks it. We expect that this will hurt it on tighter roads or on a race track, but we’d have to test all three side-by-side to be sure — (please let us test these together Mercedes, Porsche and Audi).

We’ve done all the performance stuff, but now we need to get into the wagon part of the equation. How much stuff can each of these bruisers carry?

The Porsche Sport Turismo is one hell of a fast car, but it’s more like an honorable mention in the wagon category. Despite having a bulkier bum than its more coupe-like cousin, it’s only able to carry 18.3 cubic-feet of cargo. If you plan to make lots of Ikea runs, invest in a stout roof rack or a pickup truck.

The Audi is the second-best, though this is in part based on speculation. We’re not entirely sure if the RS6 lost some cargo area in its transition from the midtier S6 model, but the S6 at least offers a reasonable, if not cavernous 20 cubic feet for your stuff. Compared to the wagon by which all other wagons must be judged — the venerable Volvo 240 (or 245, if you’re a stickler) — it’s down over 21 cubic feet.

Finally, the E63 S once again ascends to the top of the podium with a super-practical 35 cubic feet of storage. If there were some high-horsepower, burnout-filled Top Gear-like version of Supermarket Sweep, this is the car you’d want to use for it.

This is the part of the whole fast wagon argument that’s the toughest to live with. These things aren’t cheap, partly because of their performance, partly because they’re German, and finally, because they’re super niche vehicles with low sales numbers. Still, if you’re cross-shopping these three cars, you’ll want to know how much they’re going to cost.

First thing’s first, we don’t have pricing for the RS6 because Audi hasn’t released it yet, but we can infer a few things before we start wildly speculating. The C7-generation RS6 was sold in the UK for around £80,000, that works out to approximately $97,000. Taking into account some price creep, the added tech and features, and we’d bet that the RS6 will start at around $105,000 in the US. That’s a lot of money, but it only goes up from there.

The Mercedes-AMG E63 S wagon starts off at just under $109,000 before options or fees. Of course, nobody would buy just a base model E63 S, so in our preferred spec with some comfort options, the carbon-ceramic brakes, all the driver assistance stuff and the sports exhaust, it’d end up around $130,000.

One of Porsche’s longest-lived taglines was “There is no substitute,” and based on the pricing of the Panamera Turbo Sport Turismo, we’re going to assume that it still very much believes that. The entry price for the Turbo Sport Turismo is an eye-watering $155,000. That’s before any options, and you know that the options list is deep indeed.

To get the Panamera with similar features to the Audi and the Mercedes, we’d easily be topping $200,000. Keep in mind too, that this isn’t even the top-tier Panamera. There is the wildly powerful Turbo S E-Hybrid model which is even more expensive, starting at $190,200 before options, though it does make a staggering 677 hp.

Audi finally brings the RS6 to the US 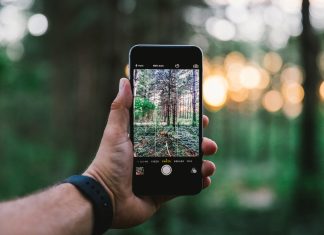