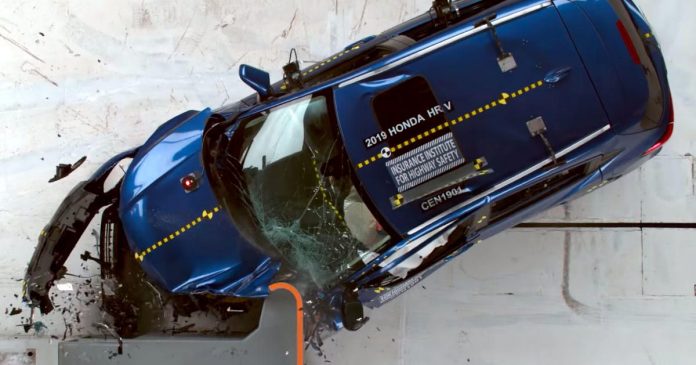 After years of just-OK results, the refreshed 2019 Honda HR-V has picked up a safety commendation from the Insurance Institute for Highway Safety.

The IIHS announced this week that the 2019 Honda HR-V has picked up the safety group’s second-highest award, Top Safety Pick. Previous iterations of Honda’s subcompact SUV lacked the scores to vault it to award-eligible status, but clearly, some under-the-skin improvements have benefited this car in a big way.

The tests go beyond mere crashes. The IIHS also evaluates active and passive safety systems, and when equipped with Honda’s optional Honda Sensing suite that includes autobrake, the HR-V achieved the top Superior rating. Headlights also factor into the equation, with the LED peepers on the up-rated Touring trim earning an Acceptable rating — a Good rating would have moved the HR-V to the highest award, Top Safety Pick+. The halogen projector lights on lower trims earned a Poor rating, the IIHS’ lowest.