Are UFOs real? Two million people have pledged to find out. A Facebook event named Storm Area 51, They Can’t Stop All of Us has become an internet sensation. Even though the US Air Force is strongly advising against it, more than 2 million people have signed up to attend the Sept. 20 event in the Nevada desert, and an additional 1.4 million are “interested” in attending (read: cowards).

“Naruto run” refers to the main character in the eponymous Naruto anime, as seen below. So, that’s it. After decades of mystery, humanity will Naruto run its way to unraveling alien life.

Area 51 is a highly classified zone around 150 miles from Las Vegas, Nevada, a detachment of the famed Edwards Air Force Base. No one really knows what the base is used for, though it’s speculated to be a location for aircraft development, and as such Area 51 has become synonymous with alien conspiracies. The most popular ones involve alien spaceships or aliens themselves, all allegedly housed within the classified zone.

The location reportedly got its name when, in 1951, the remains of the alleged Roswell UFO (said to have crashed in 1947) were brought to the base. In 2013, the CIA issued a 355-page declassified report detailing the birth of Area 51 and the U-2 spy planes developed and tested there.

The Air Force said in a statement to the Washington Post that it discourages people who would try to enter Area 51, an open training range. “The US Air Force always stands ready to protect America and its assets,” a spokeswoman told the Post. 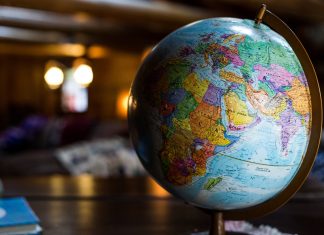