Bitcoin futures firm 1Broker, which has been charged with violating a number of U.S. securities laws, has announced that it would reopen withdrawals on Thursday.

The trading platform, which was accused of acting as an unregistered security-based swaps dealer, as well as violating money laundering and wire fraud laws, saw its website seized by the FBI late last month. The platform was able to reopen its site in a read-only mode in early October, announcing at the same time that it was seeking U.S. counsel to fight the charges.

On Wednesday, it added in a tweet that “We will start processing withdrawals tomorrow at 12:00 (UTC). Thanks for your patience in the past days!”

The exchange has not announced any reactivation of its trading platform as of press time.

1Broker’s legal battle began in September, when the SEC, CFTC and FBI all filed charges against the site, CEO Patrick Brunner and parent company 1Pool, alleging that the platform offered U.S. investors access to securities-based swaps products without following the required legal processes.

The regulators are seeking a permanent injunction against Brunner and 1Pool, along with monetary penalties, as previously reported.

After its domain was seized, the company said in a statement that it holds sufficient funds to cover any and all withdrawal requests, but that it needed permission from U.S. authorities to enable this function first.

Brunner did not immediately respond to a request for comment on Wednesday. 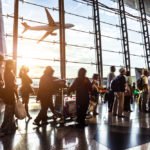 Trailblazers and Troublemakers: Taking tech to the edge

HTC Vive Cosmos VR hands-on: $699 and no more base stations