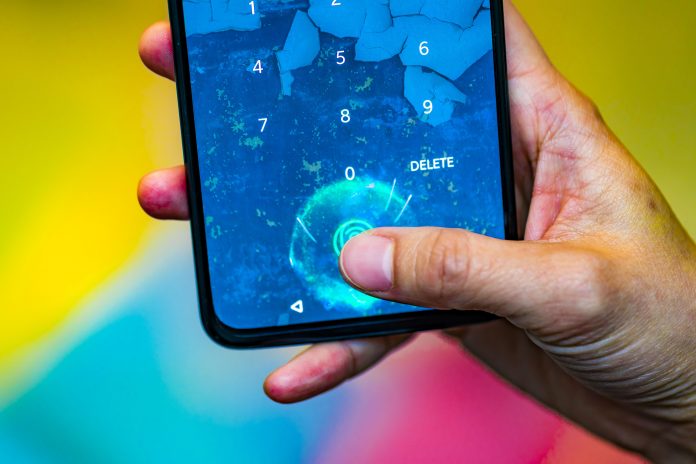 Apple’s upcoming iPhone 11 is anticipated to launch in September, but already there are tons of rumors surrounding the device.  In addition to a square camera-bump similar to the Pixel 4, a USB-C charging port and a price increase, the phone is speculated to have an in-screen fingerprint reader. This means that instead of using facial recognition and Face ID, you can scan your fingerprint directly on the screen to unlock your phone and, in some cases, authorize payments.

But like with many “new” iPhone features, like multitasking and swipe typing, several Android phones already have this technology. Back at CES 2018, we tried out the first phone with an embedded fingerprint sensor on an unnamed Vivo phone. But it’s not just obscure phones from China that have the technology — big-name phones like the Galaxy S10 flaunt the feature. One report estimates that by the end of 2019, 100 million phones will ship with fingerprint scanners built into the screen.

True, the feature isn’t as widespread as other special features like, say, water resistance or a multi-camera setup. But it does pop up enough times that if the iPhone 11 were to have it, it would be playing catch up at this point instead of leading the pack. Read on to see what Android phones already have in-screen fingerprint readers. And if you have one of these phones, let us know how you like the feature — is it fast? Does it work smoothly? Do you prefer a dedicated sensor instead?

A number of phones in Samsung’s latest lineup of flagship phones have in-screen fingerprint sensors. That includes the Galaxy S10, S10 Plus and S10 5G. In addition, all of these phones have sharp screens, a long battery life, a water resistant design and the ability to charge other devices wirelessly.

Though it doesn’t have a headphone jack and iwireless charging, the OnePlus 7 Pro is fast, has a neat pop-up camera and its triple rear cameras take fantastic pictures — all at $80 less than its closest Samsung and iPhone rivals.

The Moto Z4 proves you don’t need to pay a fortune to have the latest features. Not only does it have an in-screen fingerprint sensor, it also connects to the next-gen cellular network known as 5G (as long as you have the Moto Mod accessory). And it only costs $499.

The Huawei P30 and P30 Pro are two gorgeous phones with fantastic cameras. Their batteries also last an exceptionally long time. However, due to political entanglements, you won’t be able to easily get Huawei phones in the US anytime soon.

Launched in 2018, the OnePlus 6T was the first OnePlus phone to have an embedded fingerprint reader. Still available today, it offers top-notch hardware including a lightning-speed processor and an excellent camera for hundreds of dollars less than its competitors.

Though it doesn’t have expandable storage and its audio speaker sounds muffled when you charge the phone, 2018’s Mate 20 Pro has a generously sized display, an eye-catching design and an impressive list of hardware specs.

Despite copying the iPhone X‘s navigational gesture, using the Vivo Nex and its immersive, no-notch, bezeless screen is still a treat. Its pop-up camera works well and its performance is as smooth as butter.

As one of the first phones to have a in-screen reader, the Vivo X21 stood out last year as a slim, sleek phone with a long battery life and forward-looking features. Unfortunately, when we reviewed it at the time we observed that its sensor didn’t work as fast as a physical reader. The tech has improved since then, thankfully.

Available in China, Singapore, Hong Kong and other parts of Asia, the Vivo V11 is another inexpensive phone on the list. It features a 6.41-inch screen, a 3,400mAh battery and a Snapdragon 660 chipset. On the front is an impressive 25-megapixel camera, so you can take super sharp selfies and videos.