Now that the school year has begun, it may be time to consider a new phone. To mark the occasion, we gathered some of our favorite phones of the year. Though we did include one splurge item (the Note 10), most of these phones are super-affordable, like the Moto G7 and Pixel 3A, which make them great for students on a budget. Others have special features that are ideal for productivity or relaxing after class, such as the Note 9 and Razer Phone 2, respectively. Whatever your needs, these devices will help you start the year off on the right foot.

There is one big caveat on phones this time of year: Many of the top brands refresh their lines in September (new iPhones) and October (the new Pixel 4). If you’re looking to go state-of-the-art for back to school, you might want to stick with a current phone for now, and upgrade later in the fall, once those new models hit.

If you’re running around at school, the last thing you need is to scramble and look for a phone charger. Clocking in the longest battery life for all three of the latest iPhones, the iPhone XR lasted a fantastic 19 hours and 53 minutes. It also has an excellent big screen in a comfortable body, fast performance, Face ID and wireless charging, as well as a camera that’s mostly as good as the iPhone XS. And if you can wait until September, anticipate a price drop once Apple unveils the next iPhone 11.

As the most wallet-friendly Galaxy S10 phone, the Galaxy S10E has a lot to offer. It’s a smaller phone, which is great for those looking for a comfortable grip, it has a super-fast Snapdragon 855 chipset and a long-lasting battery life. And for that potential meet-cute on campus that one Samsung commercial leads us to believe can happen, it can wirelessly charge other phones and accessories, like a pair of wireless earbuds or a smartwatch. If you want something slightly bigger, check out the Galaxy S10.

The new-for-2019 Pixel 3A shaves a few features off of last year’s Pixel 3: It’s not water-resistant, doesn’t have wireless charging, and it maxes out at 64GB of storage. But it adds a 3.5mm headphone jack and keeps the same amazing Night Sight camera that can literally shoot photos in the dark. (Daytime photos look amazing too.) It’s compatible with all the major US phone carriers as well. Google may also discount it more once it officially releases its Pixel 4 in October.

As the standard model of Samsung’s newest line of ultraluxe phones, the Note 10 is a definite splurge item. But if you have room in your budget, it features a 6.3-inch display, three rear cameras, an in-screen fingerprint scanner and a signature S Pen stylus that can remotely control the phone’s camera via Bluetooth. It also doesn’t have a headphone jack or expandable memory.

Though it debuted in 2016, the iPhone 7 is still a solid phone, and it’s the cheapest iPhone from Apple that you can still buy for new. The phone has water resistance, a more durable solid-state home button, and still really good cameras with rear optical image stabilization.

Though the Note 10 is already available (see below), the Note 9 is still an outstanding phone and cheaper to boot. It has a big, bright screen, lots of internal storage and an embedded S Pen stylus — perfect for jotting quick notes in class or laying out that presentation. The stylus can also trigger the phone’s camera shutter.

If you truly want a phone with monster battery life, the Moto G7 Power tops our list. Though it doesn’t have dual rear cameras like Motorola’s current flagship, the Moto G7, the G7 Power’s 5,000mAh battery lasted 23 hours and 10 minutes, making it the longest-lasting phone we’ve tested this year so far. And if you’re looking for something even more affordable, consider the $199 Moto G7 Play.

If you need a study break, consider a gaming phone that accommodates heavy graphics and an immersive experience. With a bright 120Hz screen, the Razer Phone 2 adds IP67 water-resistance and wireless charging. It’s also compatible with 2TB microSD cards for extra storage and runs a close-to-stock version of Android. Together with its amazing built-in speaker, you have the makings for a great mobile gaming experience.

The OnePlus 7 Pro has plenty of features du jour to keep its fans enticed: a pop-up selfie camera, an in-screen fingerprint reader and multiple rear cameras. But it’s the phone’s $669 (6GB of RAM/128GB) original starting price that is the deal maker — ideal for students who want to save big on top features. If you can wait though, note that a OnePlus 7T is rumored to launch with three rear cameras later in the year.

The LG G8 has a bright, sharp screen, a second wide-angle rear camera and a fast processor. It’s also water-resistant and has a headphone jack — a rarity among premium phones. 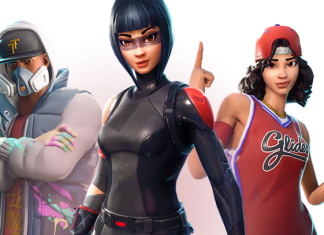